Political Signage and Your Home 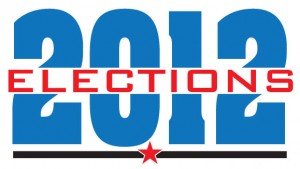 As we get closer to the next election, political opinions are being a little more freely discussed no matter where you live in the Treasure Valley. Issues and debates are sure to bring out even more exposure to political discussion and are likely to bring that conversation to your home. You may even start to see signs go up in your Boise area neighborhood supporting specific measures, parties, or people.

Did you know that certain governmental jurisdictions have laws in regards to political signage that affect the neighborhood surrounding your home?

In 1994 the U.S. Supreme Court ruled that outdoor political signs are protected under the First Amendment speech rights, however, some states have enacted laws to define that protection a little more clearly.

In California, for instance, a law was passed last January that allows renters the ability to display political signs under six total feet without penalty from property owners on elections, recalls, public offices, or community issues in the ninety days leading up to an election.  There are specific instructions relating to multi-use residences, as well, so it’s good to be aware if you plan to place political signs near your home.

In Wisconsin, you can show political signs around your home, but placing signage on highways will result in fines if they are deemed a safety issue for motorists.  In some states, like New York, you may need to file an application or permit prior to placing your political sign. Other states and individual cities, such as Provo, Utah, allow signage on private homes and vehicles with the owner’s permission but restrict the placement of handbills on vehicles, which is good to know if you are involved in a specific campaign.

The point is to be aware and informed. Use your first amendment right of expression to its fullest, but make sure that you are complying with local regulations when using your home as the canvas.